Aim of the meeting was to share experiences, knowledge and practices on how to increase winter mountain safety for ski alpinism and related activities and how to increase awareness and improve winter mountaineering training. The speciality of the meeting was that it was led by two members of HSMA who are also internationally certified avalanche education instructors of the American Avalanche Association, making it possible that upon successful completion of the Meeting the participants could earn the Avalanche Science REC Level 1+ certificate of the American Avalanche Association. This is the first stage of one of the most high level avalanche educations around the world. All participants have successfully earned the certificate. The main format of the meeting were lectures and joint trainings led by the instructors. However the meeting also included a number of workshops where the participants themself shared their own experiences on set topics. Due to the number of participants and the nature of the REC1+ training (allowing only a maximum of 6:1 participant to instructor ratio) the Meeting was conducted in two parts. In the first part one half of the participants took the training, while the second part of the participants attended the workshops. Then at the middle of the Meeting the groups exchanged tasks.

One participants review of the training sessions

“What I have learned from the course:
I attended the Avalanche Science REC Level 1+ and Avalanche trainings this February. The two courses were held together. First of all, I now have a better understanding of snowpack layers. I learned the fundamentals of snow formation and growth in the atmosphere. After these fundamentals, I learned about snow metamorphism, bond formation and several forms of snow crystals, from newly fallen snow to faceted snow crystals. The next step was understanding the key parameters in avalanche activity: critical slope angles, precipitation and wind and also how these parameters would be effecting the energy balance of the snowpack. With the knowledge of snowpack layering and key parameters I learned how to classify different types of avalanches and their destructivity. I have been also introduced to avalanche hazard awareness and assessment methods. I learned to use the ‘Bitacora’, the field book, which proved to be an invaluable tool to put the hazard assessment into a structured perspective. One the most essential tools of hazard assessment are the snow pits and based on the observed results which type of snow pit test should be used. My instructors had taught me how to carry out a snow pit test the correct way. I learned to evaluate layer hardness, measure temperatures along the cross section and calculate temperature gradients as primary driving forces of snow metamorphism. Secondly, I’ve been practicing the proper avalanche rescue techniques. I learned the correct way of probing and the usage of the avalanche beacon in single/mulitple buried victim situations with or without using the multiple burial function (flagging) of our devices. I have practiced searching single and multiple victims in white-out conditions.
After taking the course, I can’t say I’m professional about it but at least I know some fundamental knowledge.” 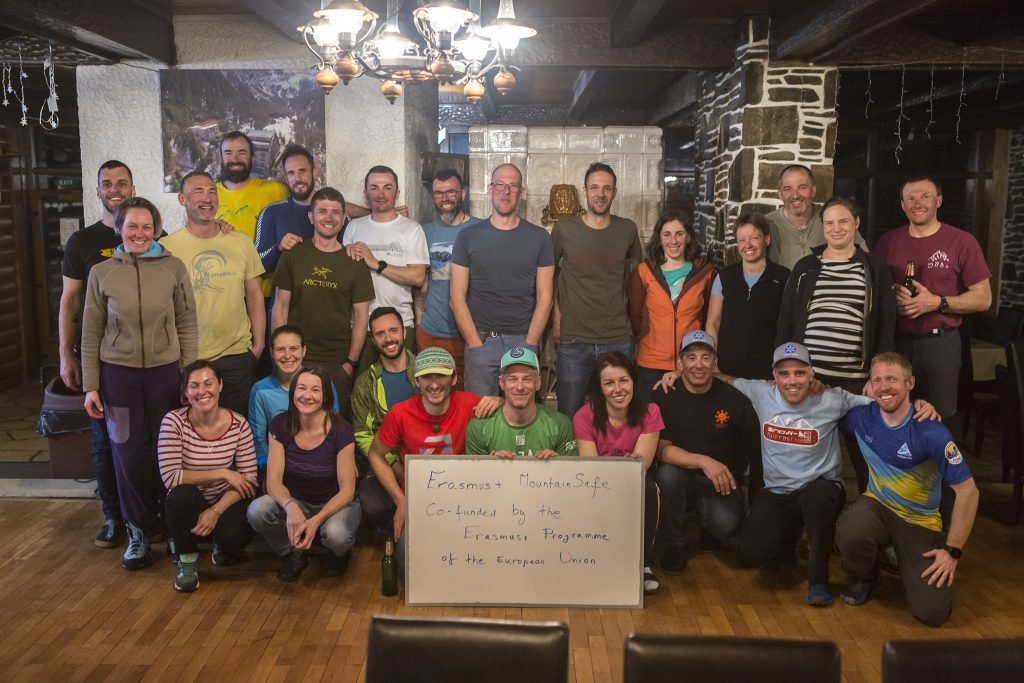